Ambassador extraordinary and plenipotentiary of the

Republic of Bulgaria to the Court of St. James’s 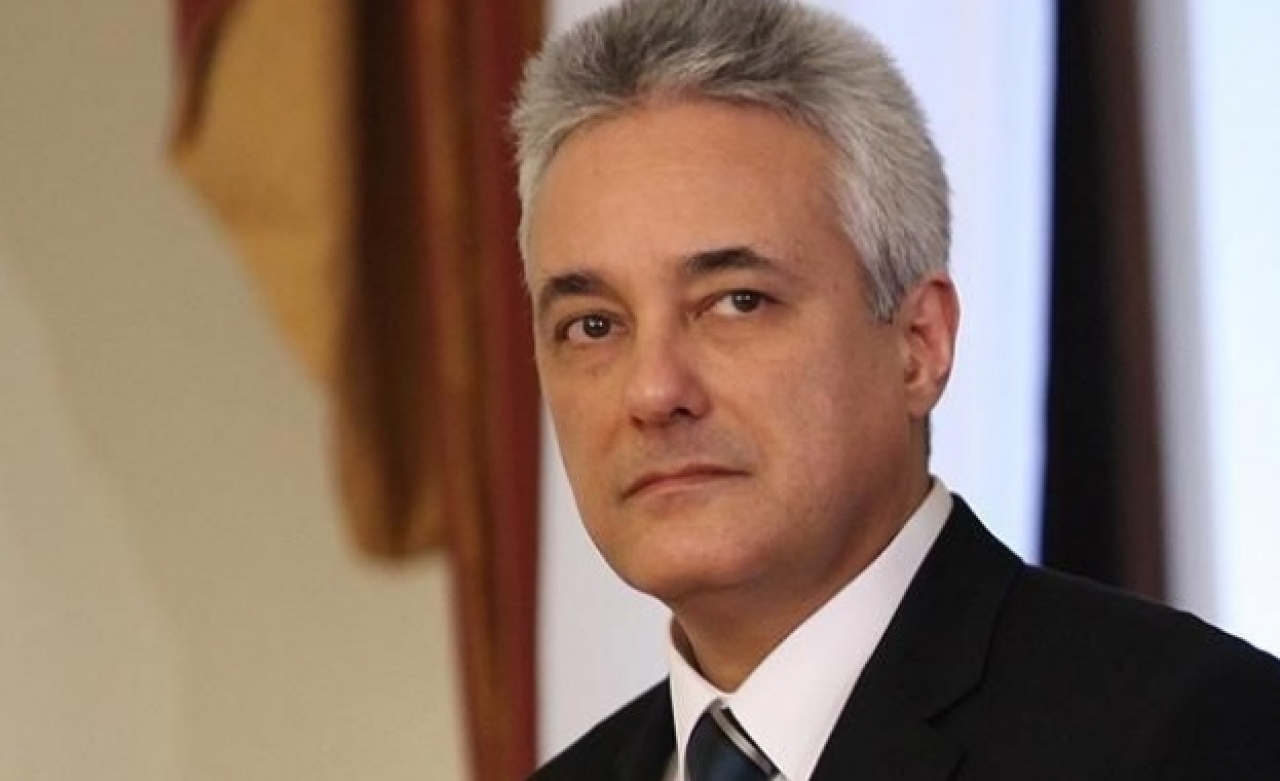 In 1984, Marin Raykov earned a degree in international relations from the University for National and World Economy in Sofia.

In 1988 – 1992, he served at the Balkan countries Department of the Ministry of Foreign Affairs in Sofia (MFA).

In 1992 – 1995, he was posted as a diplomat at the Bulgarian Embassy in Belgrade during the war in Former Yugoslavia.

In 1995 – 1997, Ambassador Raykov was a political and social issues expert at the Human Rights and Humanitarian and Social Cooperation Department, MFA.

In 1997 – 1998, he was appointed as Bulgaria’s Deputy Permanent Representative at the Council of Europe.

In 1998 – 2001, Ambassador Raykov served as Deputy Minister of Foreign Affairs in the Government of the Union of Democratic Forces of Prime Minister Ivan Kostov.

In 2001 – 2005, he was accredited as Bulgaria’s Ambassador Extraordinary and Plenipotentiary to France and Monaco (resident in Paris), as Permanent Representative to UNESCO, as well as the Bulgarian President’s personal representative in the International Organization of La Francophonie.

In 2005 – 2008, he was an Ambassador at Large with “European Foreign Policy” and “Strategic Issues” Departments, MFA.

In 2009 – 2010 Ambassador Raykov served his second term as Deputy Minister of Foreign Affairs in the Government of Prime Minister Boyko Borissov.

In 2010 – 2013 he was appointed for a second term as Ambassador Extraordinary and Plenipotentiary to France and Monaco (resident in Paris), as well as the Bulgarian President’s personal representative in the International Organization of La Francophonie.

On 12 March 2013 the Bulgarian President Rosen Plevneliev appointed Marin Raykov as interim Prime Minister and Minister of Foreign Affairs of Bulgaria for the period 13 March 2013 – 29 May 2013.

Grand Officer of the “Order of the Phoenix” of Greece.

Grand Officier of the “Order of National Merit” of France.

Companion K.O.M. of the National Order of Merit of Malta.

Fluent in English, French and Russian.